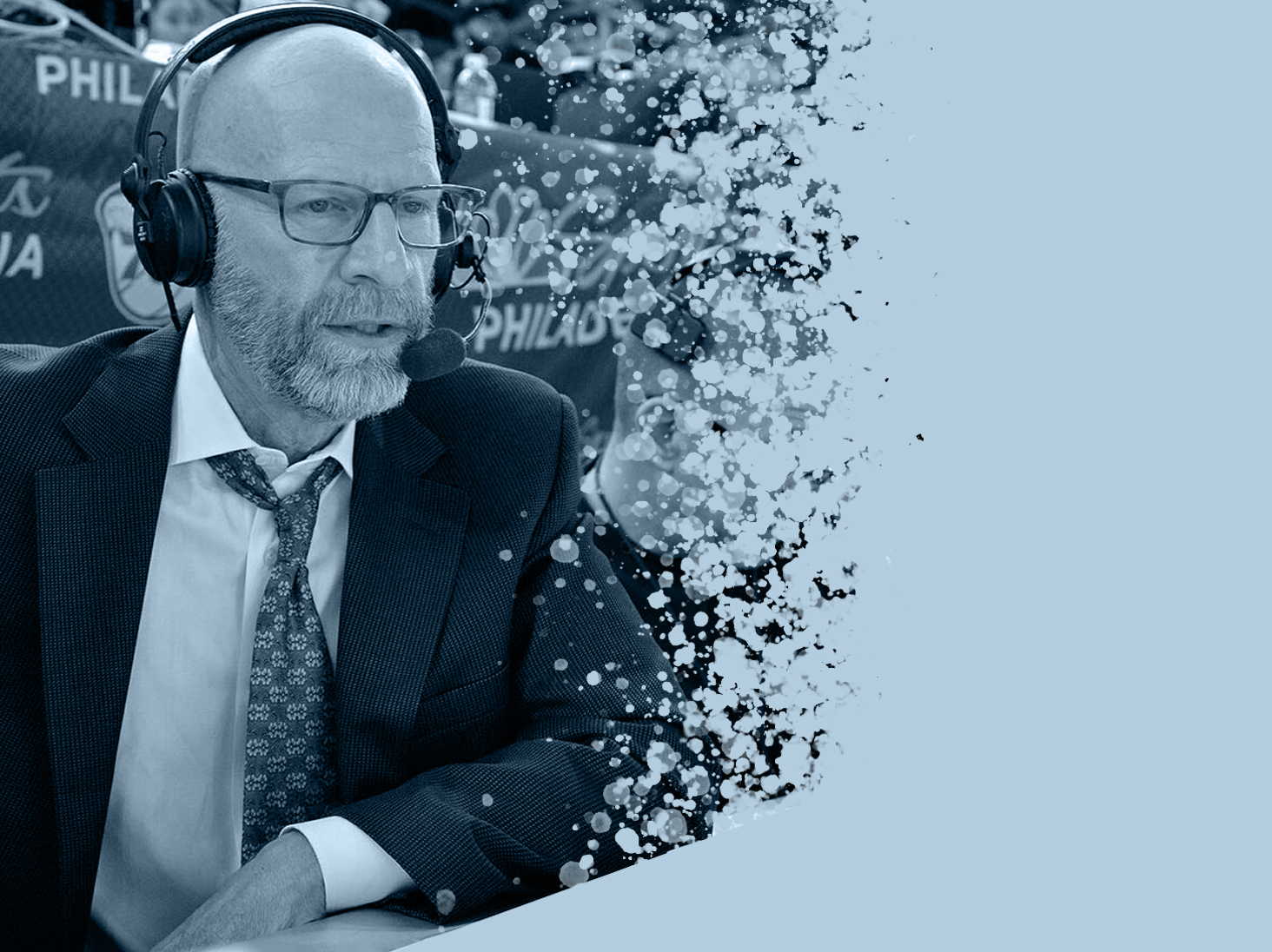 On August 17, 1994, at precisely 1:34 pm, Marc Zumoff received the phone call he had been waiting for most of his life. That was when he learned he was being named the television voice of the Philadelphia 76ers, the job he had dreamed of since he was a youngster growing up in Northeast Philadelphia.

On June 29, 2021, at precisely 10:00 am, Marc announced his retirement from that position after 27 seasons, capping a run of 39-years covering the team and 44-years in broadcasting. Career highlights for Marc include the Rio Olympic Games in 2016, when he provided play-by-play for NBC’s coverage of the U.S. Women’s basketball team and its 6th straight gold medal. He has also provided play-by-play for other NBC Sports assignments as well as well as Turner Sports and NBA-TV. Locally, he’s done play-by-play for Philadelphia Flyers hockey and Philadelphia Union Soccer as well as various college and high school football games.

Marc is very active in retirement. He currently serves as the associate director of the Claire Smith Center for Sports Media at his alma mater, Temple University, where he also teaches a class in the art of play-by-play. Marc is also a media coach for current and aspiring sports and news professionals as well as non-professionals. He is the co-author of Total Sports Media: Production, Performance and Career Development, a textbook published by the Routledge, Taylor & Francis Group. He is also working with Maccabi USA as the chairman of Maccabi Media, a program which sends more than a dozen aspiring sports media professionals to cover the quadrennial Games in Israel. Marc chairs an annual golf tournament, with most of the funds generated by the event going to Maccabi Media. Marc is also busy pursuing a myriad of professional and business opportunities, as well as a schedule of hosting and speaking engagements for corporate, non-profit and other events. And when he’s not doing that, Marc is pursuing his long-held desires to play the flute and speak Spanish.

Before being named the Sixers play-by-play voice, Marc hosted pre-game/halftime/post-game coverage of the team, as well as anchoring and reporting Philadelphia sports on the now-defunct PRISM-TV. Marc’s other broadcasting experience includes play-by-play for college basketball and football, bicycle racing, horse jumping and the Dad Vail Regatta. He has been heard as a fill-in host for the Radio Times news and public affairs show on WHYY-FM, the NPR affiliate in Philadelphia. Marc has also worked as a news anchor and reporter for KYW Newsradio. He began his career as a newscaster for radio stations in Trenton and Princeton New Jersey, where he was the voice of Princeton University football and basketball.

Marc’s professional accolades include winning the Mid-Atlantic region’s Emmy award for best play-by-play announcer 19-times, being voted Pennsylvania Sportscaster of the Year in 2018 and 2019 and 2022 by the National Sports Media Association and receiving the Bill Campbell Award from the Philadelphia Sportswriters Association in 2018. He is also a member of the Temple University School of Media and Communications Hall of Fame and the Philadelphia Jewish Sports Hall of Fame.

Besides chairing an annual golf outing on behalf of Maccabi USA, Marc also contributes his time and talents to Philadelphia Youth Basketball. He can also be seen playing area golf courses, riding long distances on his bike, practicing yoga and walking on the beach.